The last Humber ferry the un loved Farringford. The diesel electric ferry was brought in from the Isle of White to cover on of the famous Humber Paddle steamers in the two years before the Humber Bridge opened. The vessel which worked the route between Hull Corporation Pier and New Holland has the distinction on making the last ever commercial crossing of the route. It was retired the day the bridge opened in 1981. Pictured: The Farringford seen in 1983 being scrapped on the slipway at Earles Yard on the river Humber 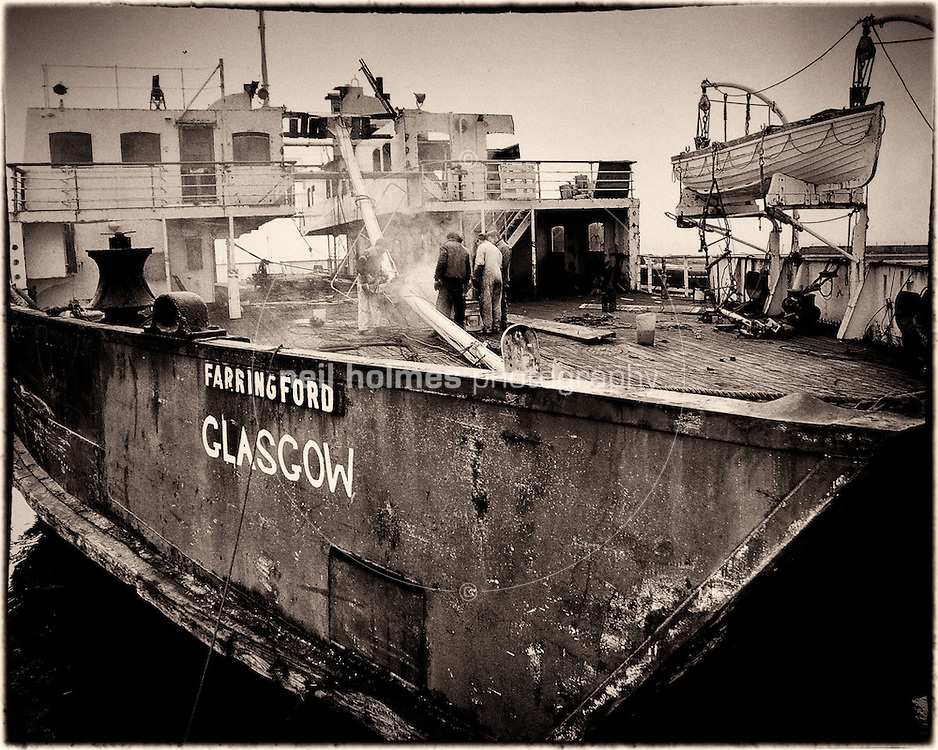